Freedom from hardware constraints for increased power and reduced costs

Make Your Machines Leaner and Your Bottom Line Healthier

It used to be that one server had one operating system and a singular focus, which became a problem when you needed multiple systems and programs, causing the need for more servers and the expenses that come with them. With LETTERNINE’s virtualization technology, however, we can create multiple digital “images” of different servers, which are called virtual servers. Since most server machines don’t utilize nearly as much processing power as they have, multiple virtual servers can share one piece of hardware, lowering your initial, power, and maintenance costs.

Not only that, but we have expanded our virtualization services to include desktops as well. Instead of trapping your desktop, files, shortcuts, and programs on one computer, virtualization can host them on a server where they can be accessed from anywhere, at any time, with any device. Since your computer now just streams data and no longer needs to handle all the processing (the server does all that), it can be scaled back to a “dummy” computer that significantly lowers costs. You shutdown your work computer, open up your laptop during your commute, then do some work on a home computer all without missing a step.

“Virtualization from LETTERNINE will allow you to trim the costly fat of your hardware and leverage leaner, more powerful, and more affordable machines that are constantly managed and optimized by certified technicians.”

The benefits of LETTERNINE’s virtualization services include: 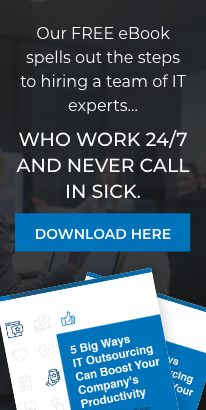 Worried that outsourcing your IT will slow down support and decrease productivity? Our FREE eBook disagrees.FIND OUT HERE
+ +